Capital Gazette ANNAPOLIS, MD (May 12, 2017) — The Social Security in Annapolis will move to a new location next month. Currently at 180 Admiral Cochrane Dr. the office will relocate to the Annapolis Corporate Park at 185 Harry S Truman Parkway on June 12. Office hours will remain 9 a.m. until 4 p.m., Monday, Tuesday, […] 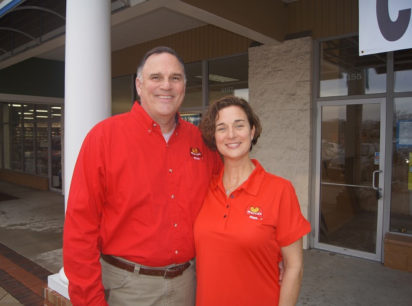 Brian and Beth Bogard, both with extensive food service and hospitality experience, plan to open up to six new franchise locations in Anne Arundel and Howard Counties with first planned for February BALTIMORE, MD (March 30, 2017) – Brian Bogard, a former officer in the United States Army who served as Company Commander of the Food […]

The Baltimore Sun | Megan Brockett Baltimore (November 25, 2016) — Kim and David Mitchell stood in a mostly empty Glen Burnie warehouse on Thursday, knowing full well there will hardly be enough room to walk come next month. In the days ahead, boxes full of Christmas gifts for needy families will cover about 8,000 square feet […]

South Moon Under moving headquarters from Eastern Shore to Annapolis

Baltimore Business Journal | Melody Simmons Baltimore (June 8, 2016) — South Moon Under, a contemporary clothing chain that started out in 1968 as a humble surf shop in Ocean City, is moving its headquarters from the Eastern Shore to Annapolis this summer to prepare for a national expansion that includes hiring a team of […]

Capital Gazette | Theresa Downs Annapolis, MD (October 10, 2015) — At NASA’s Goddard Space Flight Center, Brian Jamieson developed instruments that could go into space. But he believed there was a market for a company that could research and develop those products. So in 2006, he formed Scientific & Biomedical Microsystems (SBM) in his […]

Baltimore Business Journal | Sarah Meehan Baltimore (October 14, 2014) — Diners in Glen Burnie will be able to scarf down 10-ounce meatballs on the go when a new fast-casual restaurant opens in Quarterfield Center next year. When Meatballs, Etc. opens in early 2015 near the intersection of Route 100 and Interstate 97, the restaurant […]