Our Maple Lawn clients at DataTribe were recently featured in the Baltimore Business Journal: 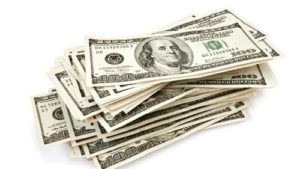 Another young company is coming to Maryland to join DataTribe’s cybersecurity startup studio, thanks to a $2 million investment deal.

BlackCloak LLC, a Florida-based company, provides concierge cybersecurity services to high-net-worth individuals and corporate executives to help protect them from hacking in their personal lives, and from any resulting potential damage to their reputations and companies. The company has become the 10th member of DataTribe, a Fulton-based operation that advises and funds cyber and data science-based startups with big growth potential.

This is one-year-old BlackCloak’s first round of institutional investment. The firm said it will use the funds to further develop its “Concierge Cybersecurity” platform, build on existing client relationships and grow its customer base in sectors where cybercrime losses and intellectual theft are on the rise.

“It’s no secret that cybercriminals increasingly attack the homes and personal lives of executives to exploit, blackmail and hold hostage corporations and governments,” BlackCloak CEO Chris Pierson said in a statement. “The executive is the easiest pathway past the billions of dollars spent each year on corporate security.”

Powerful people who have made news for being targeted by cybercriminals include celebrities such as Jennifer Lawrence, and even high-profile CEOs like Facebook’s Mark Zuckerberg. In many cases, hackers seek to demand a ransom from high-net-worth individuals in exchange for not releasing information that could be damaging to their businesses or personal reputations. For example, Amazon’s Jeff Bezos was reportedly hacked in 2018 via a web app, and he was threatened with the exposure of personal conversations from his cell phone unless he paid a ransom.

“BlackCloak is at the forefront of the rapidly emerging need to protect the digital life of high-value cybercriminal targets.” John Funge, chief product officer at DataTribe, said in a statement. “Unless you’re a cybersecurity professional, the ever-changing world of cybersecurity products and technologies are challenging to understand and frustrating to implement.”

Funge will join BlackCloak’s board of directors as part of the investment deal. The company will also have a physical presence in Maryland in joining DataTribe.

DataTribe’s portfolio also includes companies like Enveil, which recently raised $10 million in new capital and has earned financial backing from sources like Thomson Reuters and Bloomberg Beta, and Hanover-based Dragos Inc., which has grown to have more than 150 employees and raised about $55 million in funding to date.

Sonatype lands $80M in funding. We ask the CEO: Could an IPO be next?