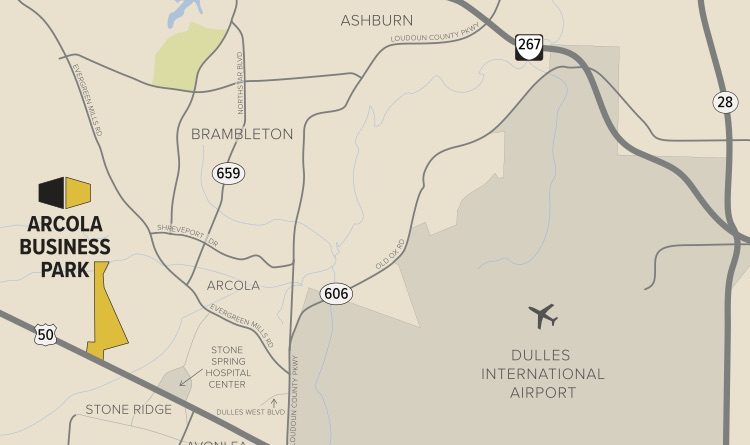 Acquisition is part of St. John’s continued strategy for expansion throughout Northern Virginia

LOUDOUN COUNTY, VA (September 11, 2017) – St. John Properties, Inc., a commercial real estate development and investment company, has announced the acquisition of Quail Ridge Farm, located at 24282 Quail Ridge Lane in the Arcola section of Loudoun County, Virginia for $12.9 million. The site, which consists of 104 acres, of which 71 acres is usable for development, is predominately zoned Planned Development Industrial Park (PDIP), with a portion zoned R-1 for residential uses. With no immediate development timetable set for the property, the company intends to reveal its plans and a timetable for construction in the near future.  St. John Properties acquired the property in a partnership with JK Moving Services.   Kevin Goeller and Ryan Goeller of NAI KLNB represented the buyer in this transaction. Paul Macmahon with Sheridan MacMahon Realty represented the seller.

“With the rate of consumption of commercial land elsewhere in Loudoun County, the Route 50 Corridor will be the next exciting place for growth in the coming years,” explained Matt Holbrook, Regional Partner for St. John Properties. “There currently exists strong development in the area, as evidenced by various residential communities, retail centers and planned data center developments. This acreage is directly in the path of future growth. With this property and several others, we are in a prime position to play a significant role in development activity in Northern Virginia for the foreseeable future.”

“Placing this acreage in the capable hands of St. John Properties is a significant win for Loudoun County area residents and local businesses,” stated Buddy Rizer, Executive Director of Economic Development for Loudoun County, Virginia. “The company has an impressive track record and stellar reputation for delivering high-quality business environments that serve the real estate needs of companies in diverse industries. They support the local community and have always been receptive to County input. Developing this property will contribute significant economic development dividends.”

St. John Properties has developed and is currently active with a number of commercial real estate projects in the Northern Virginia marketplace. This includes Ashburn Crossing, a mixed-use business community in Ashburn that will include more than one million square feet of new commercial office and amenity space; Ashburn Technology Park in Ashburn, comprising approximately 450,000 square feet of space; Leesburg Tech Park in Leesburg, being developed for more than 160,000 square feet of space; and Loudoun Tech Center in Sterling, a project that supports approximately 130,000 square feet of space. Additionally, St. John Properties has several other pending transactions in process as it continues to explore more land opportunities in Loudoun and Prince William Counties.